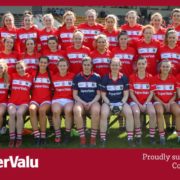 Ephie Fitzgerald has made two changes to the Cork team, which defeated Waterford last week, for this weeks showdown with Kerry. Eimear Scally and Saoirse Noonan replace Sadhbh O’Leary and Libby Coppinger in the full forward line for this Munster Championship encounter. It will be a first start for Saoirse Noonan this season having overcome an injury sustained last October, she has been a regular off the bench in the latter part of the league campaign.  A win for Cork will guarantee a Munster final date with Waterford who Cork disposed of easily last weekend. Kerry will be hoping for a change of fortune following two defeats to Waterford recently, one in the division two league final and the other in the first round of the Munster Championship. Cork versus Kerry games usually provide entertaining football and tomorrow’s game should be no exception.

Throw in tomorrow is at 5.oopm at Pairc Ui Rinn.

Team is as follows:- 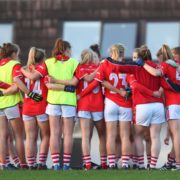 The academy starts next Wednesday the 5th of June at 6.45pm details are as follows: – 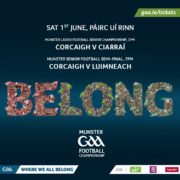 Following on from victory over Waterford in CIT yesterday Cork’s focus now switches to their meeting with Kerry. A Cork victory here would ensure a Munster Final meeting with Waterford again.

The meeting with Kerry is the curtain raiser to the Cork v Limerick mens Munster Senior Football Championship match in Pairc Uí Rinn this coming Saturday the 1st of June. Throw in for the Senior Ladies Championship match is 5.00pm followed by the Men’s match at 7.00pm.

Please come and show your support for both Cork Teams.

Ticket details are as follows

Student/OAP: Concession of €5 with valid ID prior to entry at the designated stile

Tickets can be purchased in advance at www.gaa.tickets.ie or at Supervalu/Centra outlets. 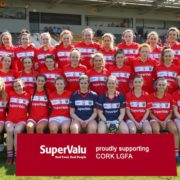 Cork have made two changes to their starting 15 for their opening Munster Championship clash with Waterford on Sunday. Eimear Meaney returns to the full back line in place of Hannah Looney and Sadhbh O’Leary replaces Eimear Scally in the forwards. Waterford have one leg in the Munster final having beaten Kerry in their opening fixture on a score line of 1-12 to 2-04. The full Cork team is as follows, 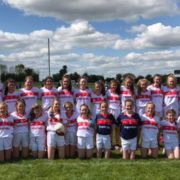 By DARAGH SMALL in Parnell Park

Saoirse Noonan was the super-sub once again for Cork as they were crowned Lidl NFL Division 1 champions for the 12th time beating Galway at Parnell Park.

Ephie Fitzgerald had already inspired his players to two victories over champions Dublin in the league, and this was a huge win for last season’s beaten TG4 All-Ireland finalists.

Noonan finished her goal brilliantly when she was presented with her chance in the 48th minute and that killed off the Galway challenge.

Captain Martina O’Brien had saved a Roisin Leonard penalty and although Charlotte Cooney and Louise Ward did find a way past the Cork goalkeeper, Galway were second best in this divisional final, their sixth reversal in the decider.

There was 6-30 scored in the earlier Division 2 final but this was a much tighter affair while both sides flooded their defences and then attacked methodically looking to exploit any weakness.

Galway dominated the opening quarter but Cork worked their way into the game and took a narrow 0-7 to 0-5 lead into the half-time break.

Tracey Leonard scored her first point in the fourth minute, but she missed her two other attempts from frees, with her cousin Roisin Leonard unerring.

Orla Finn tied things up for the first time before Roisin Leonard tapped over her opening free, and Ciara O’Sullivan hit back for Cork.

The Munster outfit took the lead for the first time in the 16th minute when Libby Coppinger manipulated an opening and scored for a 0-3 to 0-2 advantage.

Finn scored her second to make it a double-scores lead in the 20th minute and that came just after Mairéad Seoighe was awarded a yellow card, when the Galway attacker collided with Hannah Looney off the ball.

Galway were down to 14 players but they scored the next two points through Megan Glynn and a wonderful Roisin Leonard point when she dropped the shoulder and sent over a sweetly struck effort off her right boot. But those scores were soon cancelled out by Finn and Eimear Scally.

Cork had Aishling Hutchings yellow carded in the 29th minute when she fouled Roisin Leonard. And it was Roisin Leonard who halved the deficit as well but Cork scored last in the half, Ciara O’Sullivan’s second secured a two-point interval lead.

Leanne Coen was a half-time substitute for Galway and she was hauled down for a penalty six minutes after the restart. Roisin Leonard stepped up but her shot was the perfect height for O’Brien to batt away.

Hutchings returned just after Niamh Cotter scored a brilliant Cork point and Scally scored another stunning point after she combined with Hannah Noonan. Cork were 0-9 to 0-5 in front and Finn’s fourth meant for another double-scores lead in the 42nd minute.

Six minutes later Ciara O’Sullivan played in Noonan and she was calm enough to pass the ball past Lisa Murphy for the crucial Cork goal – a stunning finish with a side-foot volley from the substitute.

But Galway hit back when Charlotte Cooney blasted to the net in the 52nd minute, while Niamh Cotter and Ciara O’Sullivan both saw yellow for Cork.

Galway scored late with points from Tracey Leonard and Lucy Hannon, and after Sinéad Burke was sent to the sin-bin Louise Ward scored a magnificent goal. But there wasn’t enough time for the comeback and Cork held on for a deserved win.

Best of luck to the Cork Senior team  as they play Galway in the National League Division 1 Final on Sunday, 5th May, in Parnell Park at 4:00pm.
Best of luck to all involved. 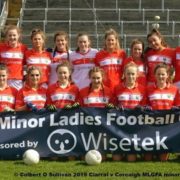 Best of luck to the Minor team as they play Kerry in the Munster Minor A Championship final on Monday, 6th May, in Dr. Crokes GAA Grounds, Killarney at 2:00pm.
Best of luck to all involved.