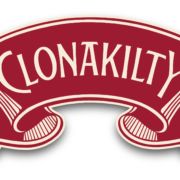 Exact Match times to be confirmed.

All roads lead to MTU next Saturday for our three most Senior County Finals.

Buy your county final tickets on link below.

Three matches for the €10 super value.

Link for On line tickets below 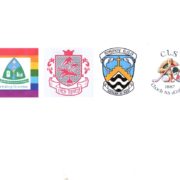 Link to purchase your tickets below

On behalf of the Cork Ladies Football board, I wish to offer our sincerest condolences to Michael John, Sarah, Daniel, Gavin, grandson Jack, parents, extended family and friends on the sad and untimely passing of Sharon O’Keeffe.

I got to know Sharon back in 2001, when we both served on the North Cork Board. Sharon held the positions of Chairperson, Secretary, Treasurer and PRO of the board, before going on to serving on the Cork County Board. There she served as Secretary from 2001-2008 and returned to that position again when I became Chairperson in 2012. I am very indebted to her for her help at that time. Sharon also held the position of Development Officer in 2004 and she was PRO from 2007-2011. Sharon was also very involved in the organising and running of the Cailíní na nÓg teams.

At all times Sharon gave 100% to every aspect of the Cork LGFA and in no small way contributed to the great success that Cork enjoyed during those years. While doing all this work at County level Sharon was still very involved with her own club Dromtarriffe and while also raising a young family. Sharon was no doubt a great support to her husband Michael John in his refereeing, taking time to umpire for him at many a game.

Sharon’s untimely passing will leave a big void in her local community and I know how well respected and treasured she was there. Indeed Ladies football will be at a loss for her passing. If GAA & Ladies football is up and running in the next life I have no doubt Sharon O’Keeffe will be involved. 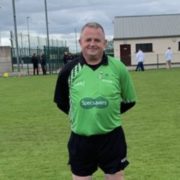 Tickets for the Senior A Club Championship Final 2021

Under 16s Free no ticket required. 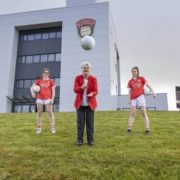 Clonakilty Food Co. is a proud Cork business with strong community ties, their Blackpudding was first made in Clonakilty West Cork almost 150 years ago. Since the Twomey family took responsibility for the Blackpudding and its secret spice recipe in the 1970’s, its popularity has continued to grow in Ireland and now around the world. Over the years they have extended their product offering to include Clonakilty Whitepudding, Sausages, Rashers and most recently Veggie Pudding.

Colette Twomey, MD and Co-Founder, Clonakilty Food Co. said “Clonakilty is not just a brand it is a family – from the people who work with us every day, to the local community from where our story began, to the many families across the county and country who enjoy our quality products.

We are delighted for Cork LGFA to join our extended family and to offer our support to players and their coaches in reaching their full potential at club and inter-county level. They are, after all, the senior county stars of the future.

Above all, we want to play our part in fostering and facilitating the underage Ladies Gaelic players to continue and develop their love of sport, and to celebrate the joy in taking part.”

Brian Cotter, Cork LGFA said “Over the last two decades Cork Ladies Football has become one of the most successful entities in Irish Sport. Much like Clonakilty Food Co. from humble beginnings we have both flourished through hard work and staying true to our core values to becoming instantly recognisable brands both within and outside our areas of expertise. We are excited to partner with Clonakilty Food Co. as we move to a new chapter of our Underage Championship programme and look to a successful future”

on the refusal by LGFA to hold underage All Irelands

We, the Cork LGFA Executive Committee wish to voice our total dismay at the LGFA’s decision to refuse to hold underage All Irelands at U-14, U-16 & U-18 for the coming season.

On the back of what has been an incredibly difficult time for all young people nationally, instilling a sense of hope and the promise of a brighter day was the only thing that kept many young people’s spirits up, the LGFA has offered a crushing blow to the dreams of young girls across the Country.

In a week where we should be rejoicing on the news that Ladies Football will receive, equal government funding, increased television coverage of our games, increased access to GAA County Stadia to showcase these games and milage expenses for our players, we are still left to fight discrimination not from outside but most alarmingly from within our own association.

The reasoning that the LGFA cite for not conducting these competitions have absolutely no credibility.

Firstly, the exams only affect Minors in 2021 so these do not affect the U-14 or U-16 age group. Boys also sit the leaving cert and the GAA are holding their All Ireland.  Are we saying a girl is less equipped to handle both? What message is this sending to our girls?

Underage Inter County has always run in tandem with club games and a way to co-exist has always been found. Accepted this year is a shortened one, but not so much so that it cannot be done if the will exists.

Again, this does not affect under the U-14 age group and only a small number of U-16 players would be affected. With the timeline that the LGFA has given Provincial Boards to complete its programme of games, the Underage Inter County season would be completed prior to the commencement of the Adult club championships and the opening of Third level institutions, therefore the point is completely redundant.

The LGFA quotes anecdotal evidence that Parents are reluctant to allow their daughters to return to Inter County Football. We challenge the LGFA to show any evidence of this. If the feedback we have received from parents, players, coaches is anything to go by these groups are devastated by its cancellation.

In fact, petitions are springing up countywide by young girls to re instate these games. One has been set up by a Cork Minor which we have happily signed and shared with our clubs to do likewise

We call on The LGFA to poll its county boards, county managers and its members in general, (none of whom were consulted before this decision was taken) and see what they want.

Other sporting bodies who faced criticism lately due to unpopular decisions did just this and democracy won out as it should.

NPHET, The Irish Government and all relevant health agencies have deemed the return to play for underage Inter county to be appropriate, all other sporting bodies including the GAA, and Camogie have embraced this stance but the LGFA seem to think differently.

Are our girls more fragile, more susceptible, less equipped to deal with things than their brothers and sisters playing is other sports are?

What message are we sending out ….? You are Less, You are Weaker.

We will drive young girls away from our sport. How quickly we forget the message of 20×20.

Already 75 girls in Cork alone have pulled out of trials at U-16 and U-18 since this announcement, Coincidence? unlikely.

In its email to county boards the LGFA states that

“It is essential to note that players are getting the opportunity to represent their counties throughout the provincial championship IF THEY SO WISH, and it is ONLY the All-Ireland stages, semi-finals, and finals, that are not taking place which would ONLY involve four teams at each grade A and B across Under 14, 16 and 18 level.”

Using that logic, we should cancel the Senior Championship as ONLY 4 teams will qualify for the Semi-finals. If it’s ONLY affecting so few teams, should it not be easy to complete?

Cork have suggested, with the provincial finals due to be completed by the end of August, that the All-Ireland semi-finals could take place the first Wednesday in September with the finals played the same weekend as the Senior finals on 4th/5th September (when club games may not be played anyway).

Playing the All Ireland underage championship would entail ONE extra week, TWO games maximum per player, resulting in goodwill being restored and a fantastic weekend for Ladies football leading into the start of the county club championships. Having said all of this, we are open to any and all solutions. These girls would play Christmas day if they were asked.

In a time when women in sport must fight for every inch of equality and are beginning to gain ground bit by bit, this is a slap in the face to the many players, parents and volunteers who drive the cause of equality forward.

What message are we sending to these girls?

You are too weak to handle the multiple facets of life, but a boy can.

Your drive to succeed and achieve is admirable but not equal to that of a boy.

The young footballers in Cork and we are sure those throughout the island of Ireland refuse to accept this and implore the LGFA to engage with its membership and reverse this decision that has dashed the hopes and dreams of thousands of young girls nationwide.

On behalf of the Cork LGFA Executive