Champions Mourneabbey march on into another All Ireland Final

home / news / Champions Mourneabbey march on into another All Ireland Final 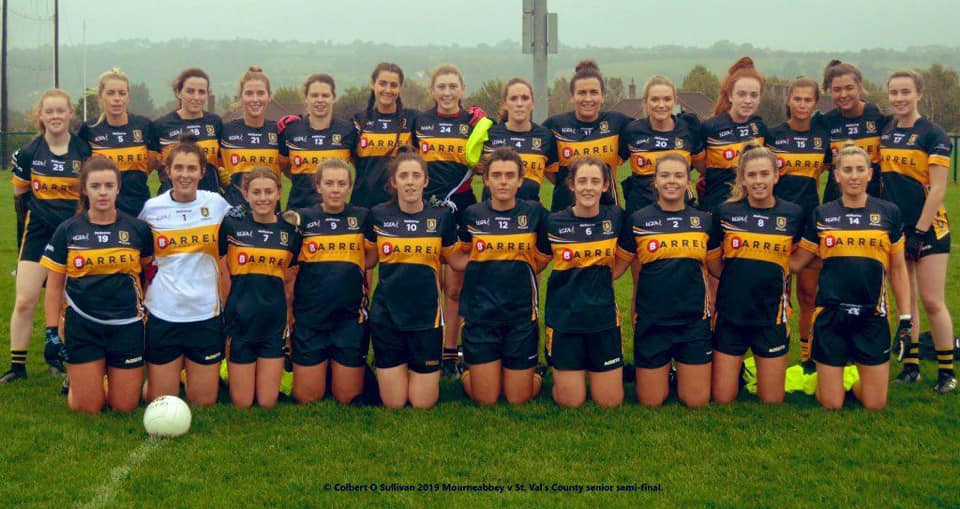 Mourneabbey will get the chance to retain their All Ireland Ladies Senior Football Club title after a hard fought win over Monaghan’s Donaghmoyne in Mourneabbey this afternoon.

Goals from Laura Fitzgerald and Doireann O’Sullivan in the first-half kept the All-Ireland champions in touch and they kicked on in the closing stages to claim a spot in the final for the third year in a row.

Mourneabbey got off to a dream start with a goal from Fitzgerald inside two minutes. Brilliant work from Doireann O’Sullivan and Noelle Healy set the corner forward in on goal and Fitzgerald finished in style.

A point from Doireann O’Sullivan followed moments later before the Monaghan side got going with a tasty score from corner back Hazel Kingham.

Mourneabbey responded with a point from Doireann O’Sullivan but for the next 12 minutes the visitors took control, landing 1-4 without reply – the goal coming after a long range free from Catriona McConnell which somehow found its way to the Munster champions’ net.

Mourneabbey levelled things up on the 26th minute with another goal, this time from the ever dangerous Doireann O’Sullivan. However Donaghmoyne showed just why they are one of the top sides in the country as they bagged three points in three minutes to again lead by three. Ciara O’Sullivan scored a late point for Mourneabbey but Donaghmoyne would lead at the break by 1-9 to 2-3.

The second-half was dominated by the home side as they battled to keep the ball in hand and with the expertise of Doireann and Ciara O’Sullivan and a dogged defensive pack they were able to seal the deal with all of six points to spare.