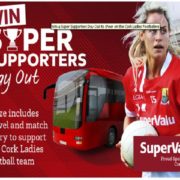 At SuperValu, we are proud sponsors and loyal supporters of the Cork Ladies Gaelic Football Association.  As we pledge our continued support to the Cork Ladies team, we want to give you and your club a chance to experience the buzz of game day, while cheering on our successful Cork Ladies Footballers! This Super Supporters day includes travel to and from the match, as well as entry into the game on the day!

To be in with a chance of winning the Super Supporters day out to cheer on the Cork Ladies footballers in the All-Ireland Quarter Finals on 3rd/4th August, simply answer the question below and enter all of your details. Closing date for competition is 5pm on 26th July. 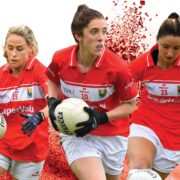 Best of luck to both Cork Seniors and Minors who are in action this weekend.

Cork Seniors begin there All Ireland quest on Saturday when they take on Cavan at 3.15pm at TEG Cusack Park Mullingar.

Cork Minors play in their All Ireland Semi Final on Sunday at 2.00pm in Nenagh against Galway. 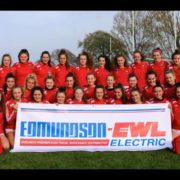 In Cahir, a strong closing 10 minutes to the first half was key for Galway, as they claimed a 3-20 to 1-9 win over Cork.

The sides were tied on five occasions early on, before Galway found an extra gear, with Ellen Power (1-1), Laura Kelly (1-0) and Verona Crowley (1-2) finding the net on the way to a 17-point win.

In a keenly contested encounter, both sides contributed brilliantly to an excellent game of football, with Cork first to find the net.

Orlaith Roche sent a blazing effort past Galway keeper Alana Griffin in the 20th minute to put Cork 1-5 to 0-6 in front.

However, Galway responded with 1-5 unanswered before the break, including Power’s goal, and the Westerners never looked back.

Cork were held to just four points in the second half, with Crowley’s 36th minute goal handing Galway a 2-14 to 1-6 lead, before Kelly found the net for the final score of the match.

Best wishes to Denis Mulvihill and the Cork U16 squad as they take on Galway in the the All Ireland U16 semi final on Wednesday 10th of July @ 7.00pm in Cahir GAA Grounds, Co. Tipperary