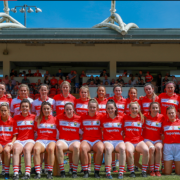 Should two teams finish level on points, the ranking of the teams shall be decided as follows:

If at the end of the group games more than two teams finish level on points, the ranking of teams within the group shall be decided as follows:

Draw in the Knock Out Stages

The Cork LGFA April County Board meeting will be held on Monday, 30th April, in The Rochestown Park Hotel at 8:30pm. 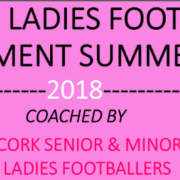